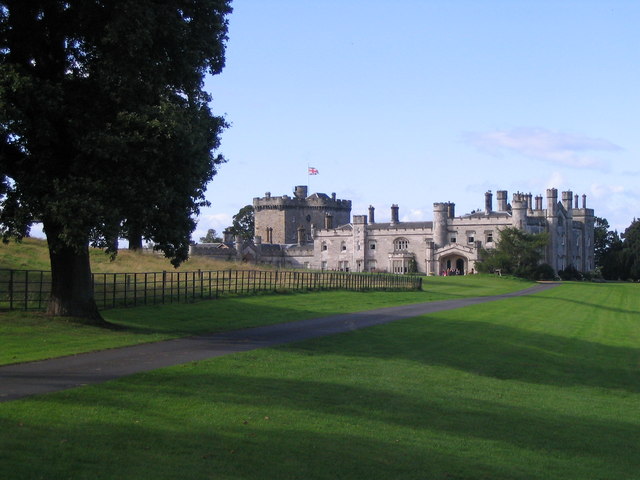 Location: Edinburgh, Scotland.
Built: 15th century.
Condition: Intact.
Ownership / Access: Private. Now a 5 star exclusive venue, often used for weddings.
Opening Times: Check their website for more info.
Price of Admission: Check their website for more info.
Notes: Dundas Castle is a 15th century castle, with substantial 19th century additions by William Burn, in the Dalmeny parish of West Lothian, Scotland. The home of the Dundas family since the Middle Ages, it was sold in 1899 to the Clark family, and is currently the residence of Sir John 'Jack' Stewart-Clark.By the time Sir Jack inherited the property from his mother in 1995, it had deteriorated substantially. He initially considered selling it, but instead chose to embark on a programme of restoration. The Keep, uninhabited for over 300 years, had its parapet rebuilt and its stonework restored, and was installed with electricity, heating, toilets and a kitchen. The dry rot in the castle itself was removed, and the drawing room, library and dining room were redecorated. The castle is now a 5 star exclusive venue, often used for weddings. In the grounds of the Castle is a holiday cottage called the Boathouse, situated on the shore of Dundas Loch. It is a 4 star-self catering venue. Dundas Castle is a member of Unique Venues of Edinburgh and Luxury Edinburgh.

How To Get To Dundas Castle (Map):