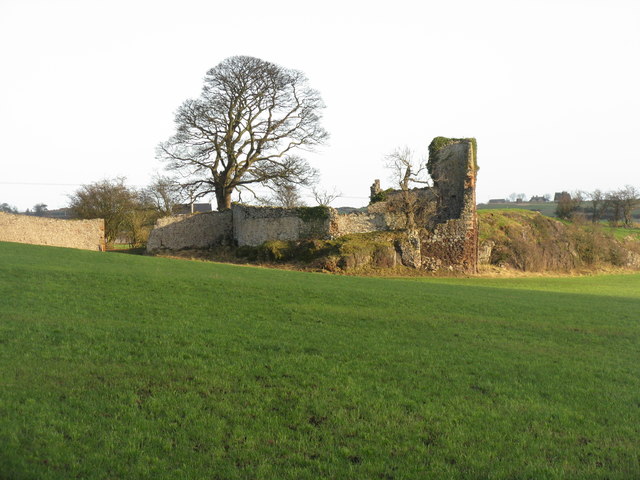 Location: Whitekirk, East Lothian, Scotland.
Built: 14th century.
Condition: Ruin.
Ownership / Access: --
Notes: Waughton Castle is a ruined castle, dating from the fourteenth century, about 3 miles (4.8 km) north of East Linton, and 2 miles (3.2 km) west of Whitekirk in East Lothian, Scotland. It is a scheduled monument.There is a mention of a hall at 'Walchtoun' in a document from 1395. The castle was the property of the Hepburn family. It was sacked by the English in 1547. Subsequently, when it was in the keeping of the Laird of Carmichael it was raided by a dispossessed Hepburn. The Hepburns acquired the castle again by legal means, and retained it until Alexander Cockburn purchased the castle from John Hepburn. By the 18th century the castle was being used as material for building walls and cottages in the area.