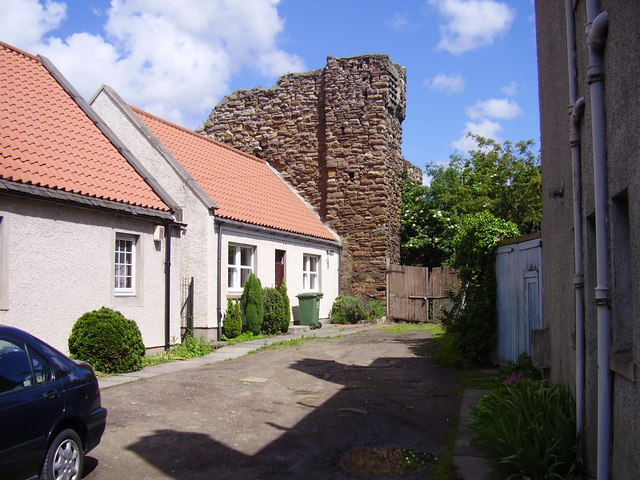 Location: Tranent, East Lothian, Scotland.
Built: 16th century.
Condition: Ruin.
Ownership / Access: --.
Notes: Tranent Tower, is a ruined L-plan tower house dating from the 16th century, in Tranent, East Lothian, Scotland. The remains are protected as a scheduled monument.Tranent Tower was built on lands belonging to the Seton family in 1542, and may have been built for them, but it was acquired by the Vallance family in the sixteenth century, and they retained it until the nineteenth century. At one time it may have been used as a barracks, and in the early twentieth century as a hay loft.