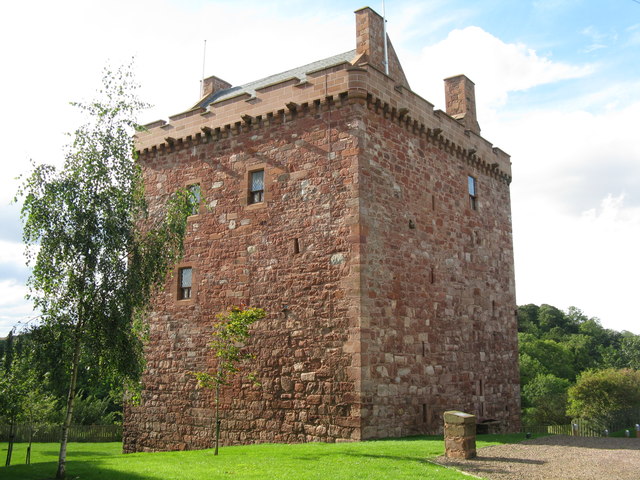 Location: East Linton, East Lothian, Scotland.
Built: 16th century.
Condition: Restored.
Ownership / Access: --
Notes: Stoneypath Tower, is an L-plan tower house dating from the late sixteenth, about 3.5 miles (5.6 km) south of East Linton, and east of the Whittinghame Water in East Lothian, Scotland. Stoneypath Tower was at first a property of the Lyles, but past thereafter in succession to the Hamiltons of Innerwick, the Douglases of Whittinghame, and the Setons. It some stage in may have been blown up. The building is a Scheduled Ancient Monument.It has now been restored.