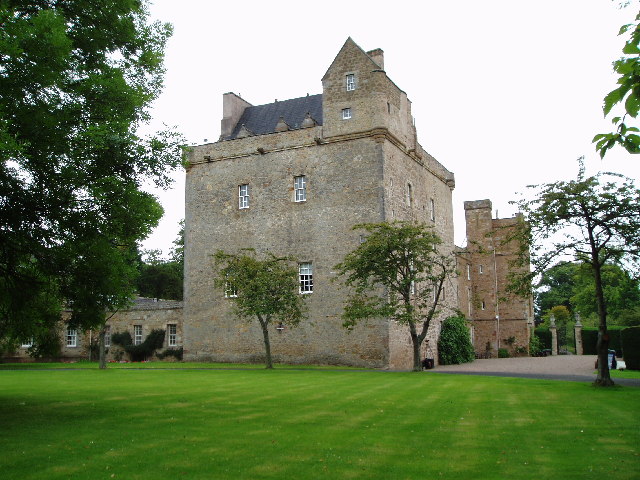 Location: East Lothian, Scotland.
Built: 15th century.
Condition: Occupied.
Ownership / Access: Duke of Hamilton.
Opening times: Check their website for more info.
Price of admission: Check their website for more info.
Notes: Lennoxlove House is an historic house set in woodlands half a mile south of Haddington in East Lothian, Scotland. The house comprises a 15th-century tower, originally known as Lethington Castle, and has been extended several times, principally in the 17th, 19th and 20th centuries. The house is protected as a category A listed building, and is described by Historic Scotland as "one of Scotland's most ancient and notable houses."The wooded estate is included on the Inventory of Gardens and Designed Landscapes in Scotland, the national listing of significant gardens.The lands of Lethington were acquired by Robert Maitland of Thirlestane in 1345. The Maitland family constructed the earliest part of the building, the L-plan tower house at the south-west of the building. Mary of Guise stayed at Lethington in 1548 when she came to see Haddington with Piero Strozzi. The following year it was burned by the English troops who were then occupying Haddington. Prominent members of the Maitland family included the poet Richard Maitland (1496-1586), his son William Maitland of Lethington (1525-1573), Secretary of State to Mary, Queen of Scots, and his son James Maitland of Lethington (b.1568). It was then acquired by his uncle, John Maitland, 1st Lord Maitland of Thirlestane (1537-1595), it was said in an underhanded manner. Sir John Scot of Scotstarvet, writing in the seventeenth century, commented thus: "Yet the conquest he made of the barony of Liddington [Lethington] from his brother's son, James Maitland, was not thought lawful nor conscientious." James Maitland had become a Catholic and was obliged to leave Scotland. The coach house was built around 1676, to designs by Sir William Bruce. Lethington remained in the Maitland family until after the death of John Maitland, 1st Duke of Lauderdale in 1682.

How To Get To Lennoxlove House (Map):