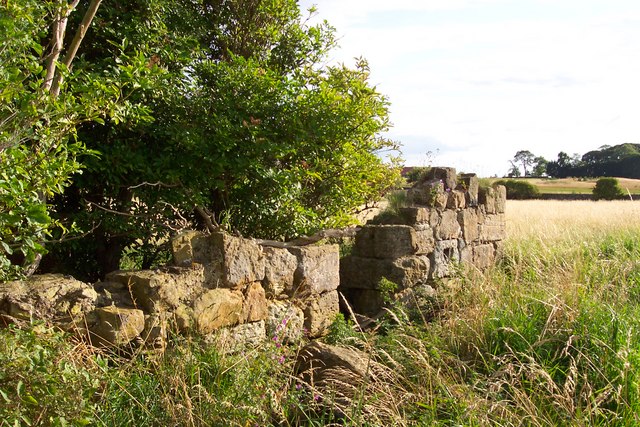 Location: Aberlady, East Lothian, Scotland.
Built: --.
Condition: Ruin.
Ownership / Access: --
Notes:Kilspindie Castle lies north of the village of Aberlady, in East Lothian, Scotland; the remains of the castle are behind the Victorian St Mary's Kirk. An early castle was destroyed in the 16th century, and the rebuilt tower was pulled down by the 18th century. Little more than a few scattered stones of the base of a doorway with a length of wall punctuated by oval gun loops remain. The area is protected as a scheduled monument.Another ruin called "Kilspindie Castle" was at Butterdean near Coldingham.