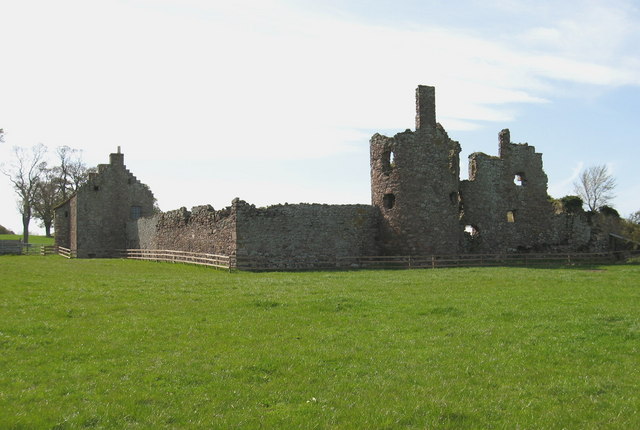 Location: Haddington, East Lothian, Scotland.
Built: 16th century.
Condition: Partially occupied.
Ownership / Access: Private.
Notes: Garleton Castle is a courtyard castle, dating from the sixteenth century, about 1.5 miles (2.4 km) north of Haddington, just north of the Garleton Hills in East Lothian, Scotland. Garleton Castle belonged to the Lindsay family. It subsequently passed to the Towers of Innerleithen, and was sold by them to the Setons. Sir John Seton of Garleton was given the property by his father George Seton, 3rd Earl of Winton. By 1885 it could be described as a fragmentary ruin.