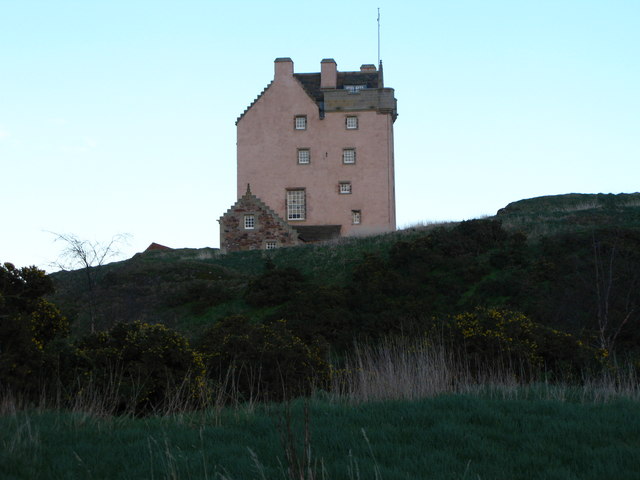 Location: North Berwick, East Lothian, Scotland.
Built: 1587.
Condition: Restored.
Ownership / Access: Private.
Opening times: Check their websitee for more info.
Price of admission: Check their websitee for more info.
Notes: Fenton Tower in Kingston is a refurbished 16th century tower house. It retains the original footprint of the square keep, but now encompasses 7000 sq. ft. of living space over several levels. Fenton Tower was used as the location for Archie's castle in the BBC children's programme Balamory. The tower is depicted as being bright pink in the show, although in reality it is a more traditional off-white to Stone Grey colour, with the hue added in post-production.

How To Get To Fenton Tower (Map):