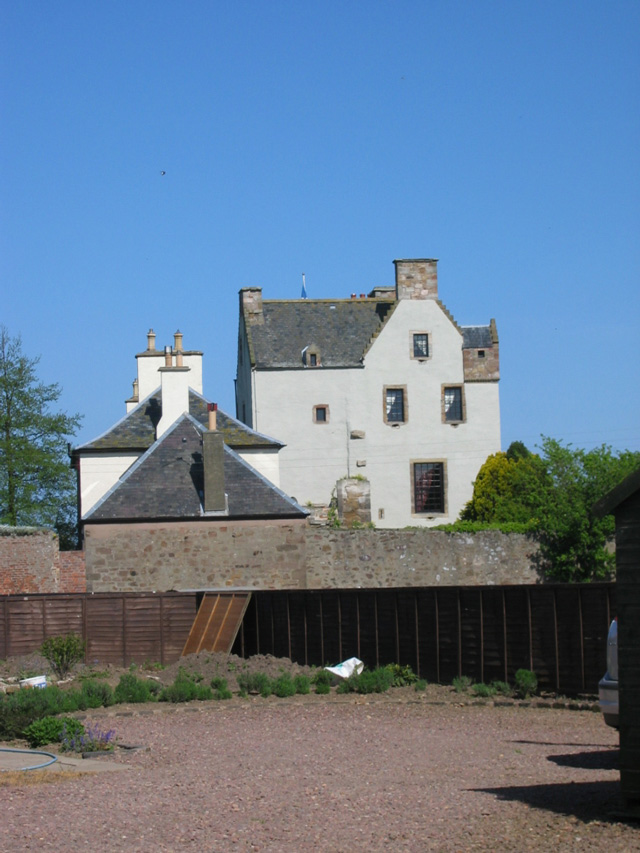 Location: Ballencrieff, East Lothian, Scotland.
Built: 1507, 1586.
Condition: Restored.
Ownership / Access: Private.
Notes: Ballencrieff Castle, also known as Ballencrieff House, is a large tower house at Ballencrieff, East Lothian, Scotland. It is located three miles north west of Haddington, and one mile south of Aberlady. The castle was built in 1507 when King James IV ordered his private secretary James Murray to build himself a fortified house at Ballencrieff. It was destroyed in or around 1545, and rebuilt by his son, also John Murray, in 1586. General James Murray, a Governor of Canada, was born there in 1721. The house burnt down accidentally in 1868, and stood roofless until it was restored between 1992 and 1997. It is now privately owned, and it is situated next to a free range rare breed pig farm. The long, rectangular-plan, tower has three storeys, including a vaulted basement, with a near-symmetrical north front. The tall, narrow south-east wing has crow-step gables. The castle, along with its walled garden and pavilion, is a category B listed building. During restoration works, 16th-century gun holes and wooden draw-bars on the windows, were discovered in the ruins. The remains of two early 17th-century moulded plaster ceilings, and the remnants of an elaborate fireplace, were found on the first floor.