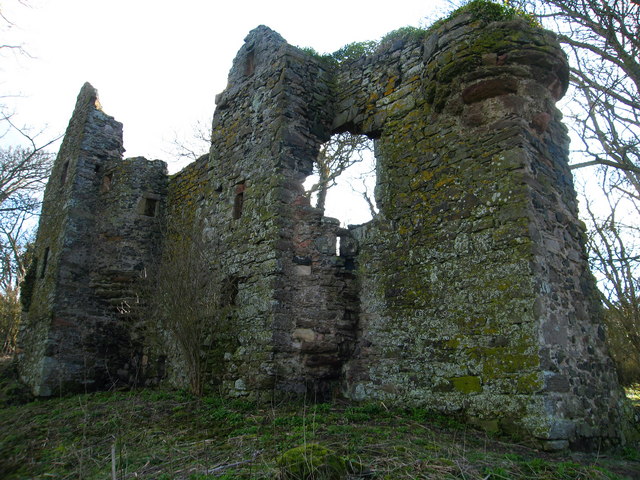 Location: Seacliff beach, East Lothian, Scotland.
Built: 16th century.
Condition: Ruin.
Ownership / Access: --
Notes: Auldhame Castle is a ruined L-plan tower house standing on a ridge above Seacliff beach, about 3 miles east of North Berwick in East Lothian, and less than half a mile from Tantallon Castle. The castle was built in the 16th century, probably by Adam Otterburn of Reidhall, Lord Provost of Edinburgh. It consists of a three-storey main block with a projecting stair-tower. Part of a vaulted basement remains, but the upper floors are mostly gone. One of the three supposed corpses of Saint Baldred of Tyninghame was said to have been buried at the site in 756.