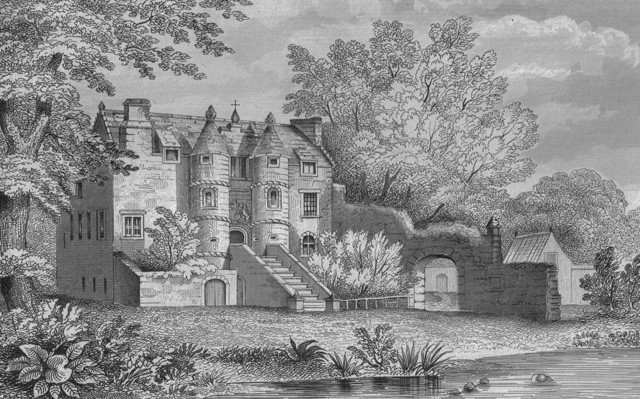 Location: Kilmaurs, East Ayrshire, Scotland.
Built: 16th century.
Condition: Intact.
Ownership / Access: Limited access Historic Scotland.
Opening Times: Check their website for more info.
Price of Admission: Check their website for more info.
Notes: Rowallan Castle is an ancient castle located near Kilmaurs, at NS 4347 4242, about 5 kilometres (3.1 mi) north of Kilmarnock, East Ayrshire, Scotland. The castle stands on the banks of the Carmel Water, which may at one time have run much closer to the low eminence upon which the original castle stood, justifying the old name Craig of Rowallan. Elizabeth Mure (died before May 1355) was mistress and then wife of Robert, High Steward of Scotland, and Guardian of Scotland (1338-1341 and from October 1346), who later became King Robert II of Scotland. She may have been born at Rowallan.

How To Get To Rowallan Castle (Map):