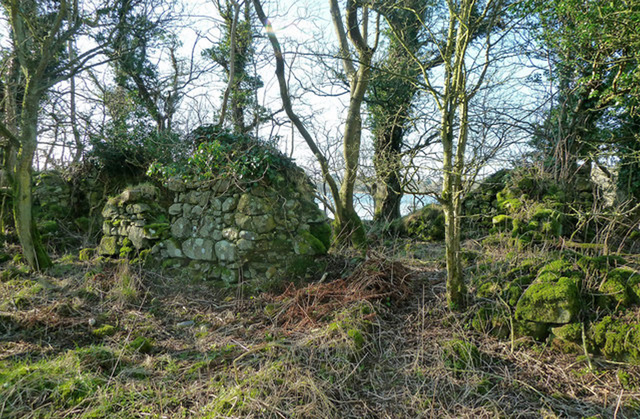 Location: Coylton, South Ayrshire, Scotland.
Built: 4th & 5th centuries (King Coil).
Condition: Ruins.
Ownership / Access: Private.
Opening times: Check their website for more info.
Price of admission: Check their website for more info.
Notes: The ruins of an old castle built on an island, recorded as Martnam Ynch (sic), near the centre of the loch are still apparent (NS 3952 1732), the entrance having been from the south side of the loch, formed by a stone embankment or causeway from the land to the island. It is not clear when it was erected. It was inhabited till the 16th century. The remains are of a large building, 21m by 7.5m, and the foundations of an annexe, 12m by 5m, were visible to the north-east. The main block is divided into three compartments, and the walls are of mortared rubble masonry, 0.8m thick, and attain a maximum height of 2.0m. Architectural features suggest a 16th/17th century date. A possible rectangular building at the approach to the causeway may indicate the previous presence of a gatehouse. The site has been densely wooded for many years. Martnaham may have been part of a chain of fortalices forming a defensive line, including Drongan and Auchencloigh castles. Love has it as the original seat of Old King Cole, thereby linking it with nearby Loch Fergus, named after King Cole's opponent and vanquisher. Circa 1661 John Bonar, a schoolmaster in Ayr, wrote a poetical description of the local traditions regarding King Cole and states that -The castle was the caput of the old Barony of Martnaham. The site is said to have been besieged in the 1650s. Groome refers to it as "ivy-clad ruins of an old mansion house." In 1612 John Monipennie noted the Loch of Matuane, with a strong tower. Paterson, writing in the 1860s, gives some interesting details - "Only portions of three gables exist. The walls are not very thick, safety having apparently been chiefly relied upon because of its isolated situation. An artificial causeway, which could have been cut off at pleasure, leads to the ruin, and the island itself is evidently of the same character - being made of forced earth. It is thickly planted with trees, amongst which a colony of crows have continued to brood for ages. The garden is said to have been made of soil brought from France or Ireland, so as to exclude vermin. The Marquis of Ailsa has a shooting and fishing lodge on the banks of the loch, which is well stocked with pike and perch, the latter having been introduced within the last thirty years."