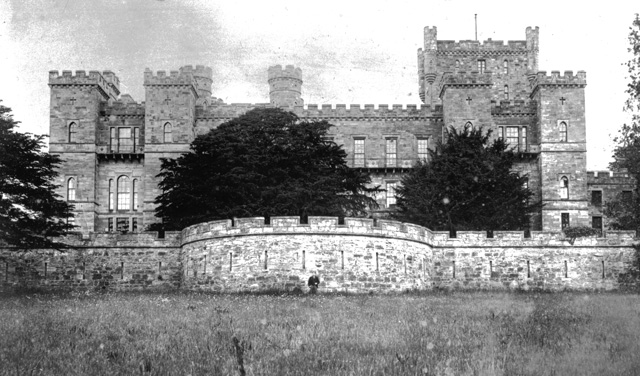 Location: Loudoun area of Ayrshire, Scotland.
Built: by the 1820s.
Condition: Substantial ruins.
Ownership / Access: Private.
Opening times: Check their website for more info.
Price of admission: Check their website for more info.
Notes: Loudoun Castle is a ruined 19th-century country house near Galston, in the Loudoun area of Ayrshire, Scotland. The ruins are protected as a category A listed building. A tower house was built at Loudoun in the 15th or 16th century, and was extended in the 17th century. Edward Moore was custodian of Loudoun Castle in 1447. Around 1807, the present Loudoun Castle was built to designs by the architect Archibald Elliot. It was built as the home of the Countess of Loudoun and Moira (1780-1840). The house was gutted by fire in 1941. Belgian SAS paratroops were stationed at Loudoun Castle in 1944 during the Second World War. Only the shell of the building remains. An amusement park was opened in the grounds in 1995, and closed in 2010.