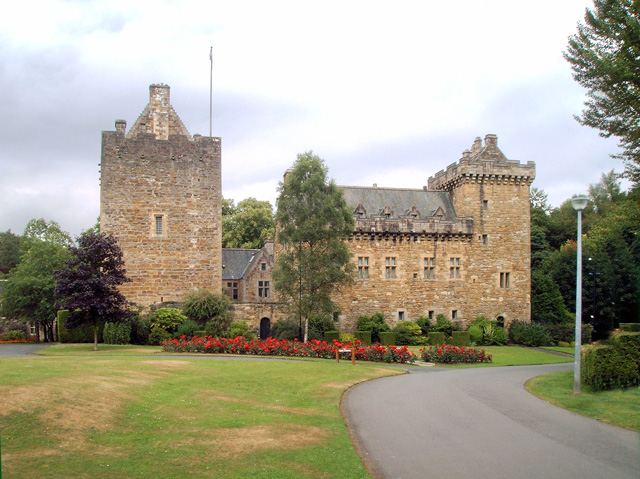 Location: Kilmarnock, East Ayrshire, Scotland.
Built: 14th century.
Condition: Restored as a museum.
Ownership / Access: East Ayrshire Council.
Opening times: Check their website for more info.
Price of admission: Check their website for more info.
Notes: Dean Castle is situated in the Dean Castle Country Park in Kilmarnock, East Ayrshire, Scotland. It was the stronghold for the Boyd Family, who were lords of Kilmarnock for over 400 years. The Castle takes its name from 'The Dean' or wooded valley, a common place name in Scotland. However, until about 1700 it was called Kilmarnock Castle. Owned originally by the Boyd family, it has strong historical connections with many people and events famous in Scottish history. Robert the Bruce who gave the Boyds these lands; James III of Scotland whose sister married a Boyd; the Covenanters, some of whom were imprisoned here; Bonnie Prince Charlie, whose rebellion was joined by the 4th Earl of Kilmarnock and Robert Burns who was encouraged to publish his poetry by the Earl of Glencairn who owned the Castle at that time.

How To Get To Dean Castle (Map):

Dean Castle On Wikipedia
Dean Castle Country Park website.
East Ayrshire Council page on Dean Castle.
The Lordship & Barony of Kilmarnock - page with images of Dean Castle.
Video and commentary on the ambush and death of Sir Thomas Boyd in 1439.