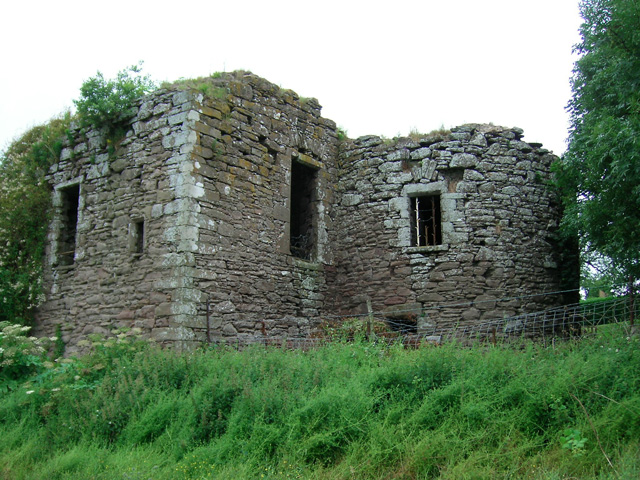 Location: Dundee Scotland.
Built: 16th century.
Condition: Ruined.
Ownership / Access: Private.
Notes: Powrie Castle is a 16th-century castle located in the north of Dundee, Scotland. The castle was built in the early 16th century and later razed in 1548 by the English, then based in Balgillo, as part of the Rough Wooing. It was after this incident that the castle was rebuilt as two separate buildings forming a courtyard. The south wing was built as a Z-plan tower house with a vaulted ceiling. This building is now a ruin. The north wing was built in 1604 in a more renaissance style with a vaulted ground floor and a residential wing. A National Trust for Scotland competition was later held to design a plan to restore this building. This was won by Gillian Strickland who was awarded ownership of the castle as a result. The north wing is now in use as private residences. The main entrance is off Tarago Road.

How To Get To Powrie Castle (Map):