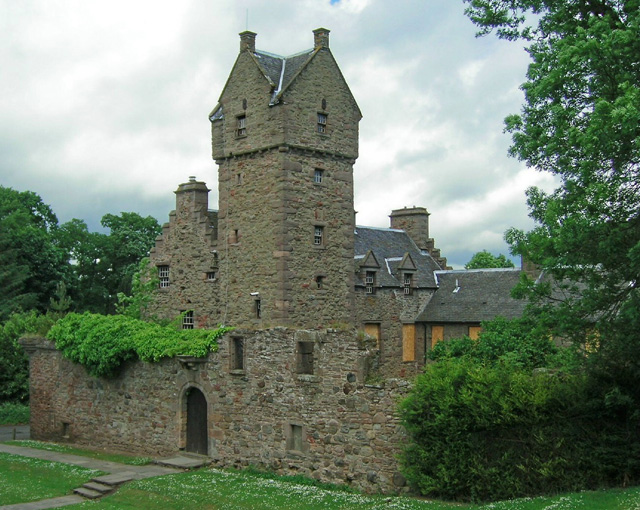 Location: Dundee Scotland.
Built: 16th century.
Condition: Preserved.
Ownership / Access: Private.
Notes: Mains Castle (also known as Fintry Castle) is a 16th-century castle in Dundee, Scotland. The castle consists of several buildings surrounding a courtyard, although several of the original western buildings no longer exist. The northern and eastern buildings are where the family would have lived, with the servants occupying the southern quarters. The castle also has a large, six-floor, square tower house with dressed cornerstones, which is typical of 16th-century construction. The castle is located in Dundee's Caird Park to the north of the city overlooking the Dichty valley and adjacent to a small stream known as the Gelly Burn. On the opposite side of the burn is located the mausoleum of the Graham family and the Main's cemetery, which was formerly the site of the district's kirk. The castle and its grounds was the subject of a poem by Dundee poet William McGonagall in his work The Castle of Mains.

How To Get To Mains Castle (Map):