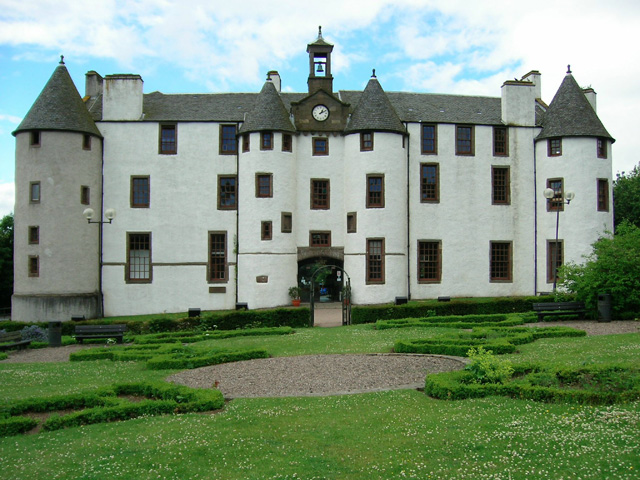 Location: Dundee Law, Dundee, Scotland.
Built: 15th century.
Condition: In use as offices.
Ownership / Access: Dundee City Council.
Notes: Dudhope Castle is an extended late medieval tower house located on the southern face of Dundee Law in Dundee, Scotland. The castle was originally built in the late 13th century by the Scrymageour family, with the original castle being a smaller tower house. This was replaced around 1460, and then further extended in 1580 to its current L-plan structure with additional circular "angle" towers, although these were demolished in the 18th century.