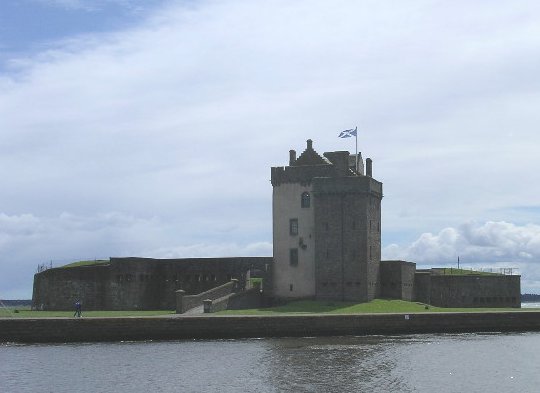 Location: Broughty Ferry, Dundee, Scotland.
Built: 15th century.
Condition: In use as a museum.
Ownership / Access: Dundee City Council.
Notes: Broughty Castle is a historic castle on the banks of the river Tay in Broughty Ferry, Dundee, Scotland. It was completed around 1495, although the site was earlier fortified in 1454 when George Douglas, 4th Earl of Angus received permission to build on the site. His son Archibald Douglas, 5th Earl of Angus was coerced into ceding the castle to the crown. The main tower house forming the centre of the castle with four floors was built by Andrew, 2nd Lord Gray who was granted the castle in 1490.

How To Get To Broughty Castle (Map):