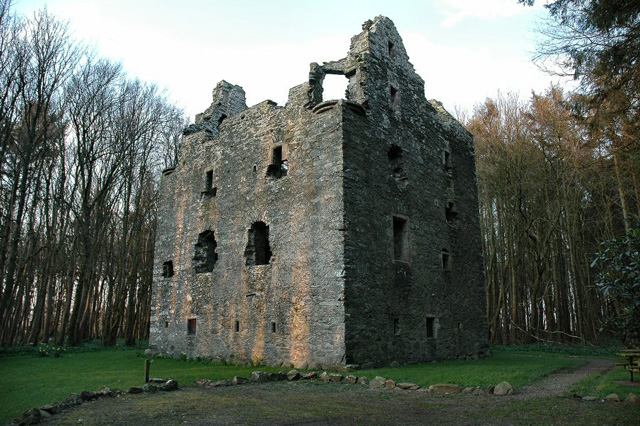 Location: Sorbie, Dumfries and Galloway, Scotland.
Built: 16th century.
Condition: Ruined.
Ownership / Access: Historic Scotland.
Opening Times: Check their website for more info.
Price of Admission: Check their website for more info.
Notes: Sorbie Tower is a fortified tower house 1 mile east of the village of Sorbie, Dumfries and Galloway, Scotland. The ancient seat of the Clan Hannay, it is in an L-shaped format, rubble-built in the late sixteenth century, possibly by Patrick Ahannay. It was sold to the Earl of Galloway in 1677, and when the last of the line died in 1748 the tower became ruinous. It was given to the Clan Hannay by its owner in 1965. It remains to second floor level, although notably for a building of this kind there is no wall-walk or parapet. The structure can be viewed both from the outside, free of charge, or, if you go to Garlieston Village and enquire within the village shop, you can go inside.

How To Get To Sorbie Tower (Map):

Sorbie Tower On Wikipedia
Information about the tower on Sorbie.net