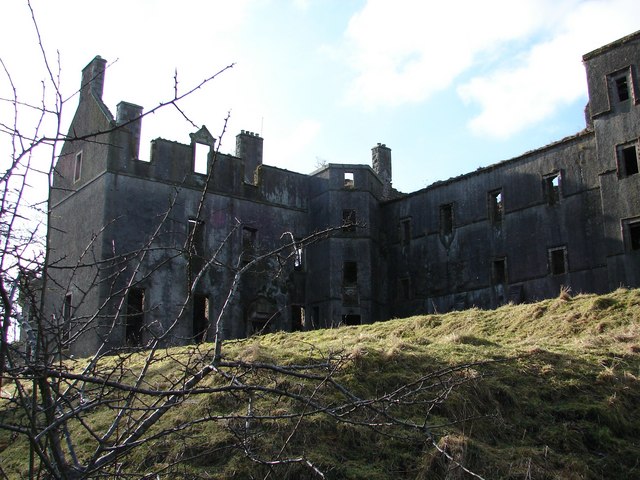 Location: Dumfries and Galloway, Scotland.
Built: 16th century.
Condition: Ruins.
Ownership / Access: --
Notes: Kenmure Castle is a country house in Dumfries and Galloway, south-west Scotland. The site was occupied from the Middle Ages, and the house incorporates part of a 17th-century castle. This was remodelled in the 19th century, but the house has been derelict since the mid-20th century. It was the seat of the Gordon family of Lochinvar, later raised to the peerage as Viscounts of Kenmure. The castle is located in The Glenkens, 1 mile (1.6 km) south of the town of New Galloway. The ruin is a category B listed building and a scheduled monument.