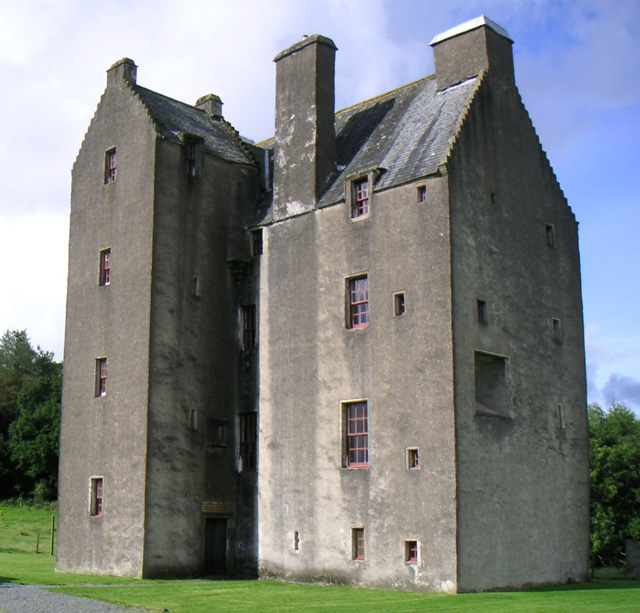 Location: Glenluce, Dumfries and Galloway, Scotland.
Built: 16th century.
Condition: Restored as holiday accommodation.
Ownership / Access: Historic Scotland.
Notes: The Castle of Park is a 16th-century L-plan tower house near Glenluce, in Dumfries and Galloway, southwest Scotland. It is a category A listed building. The castle was begun in 1590 for Thomas Hay, the son of one of the Commendators of Glenluce Abbey, and his wife Jonet MakDouel. It was completed by 1599. The building was extended in the 18th century, and was used by the Hay family until Sir John Dalrymple-Hay sold the Park estate in 1875; it was then left uninhabited. A program of restoration was carried out in the 1950s and 1960s by the Ministry of Public Buildings and Works, including removal of the 18th-century wings. In the 1980s, additional work was done by the Landmark Trust.The building is now maintained using income from its use as holiday accommodation. At various times the building has also been known as "Park Hay", "The Park O' Luce", "Park Castle" and "Park House".[2]

Castle of Park On Wikipedia