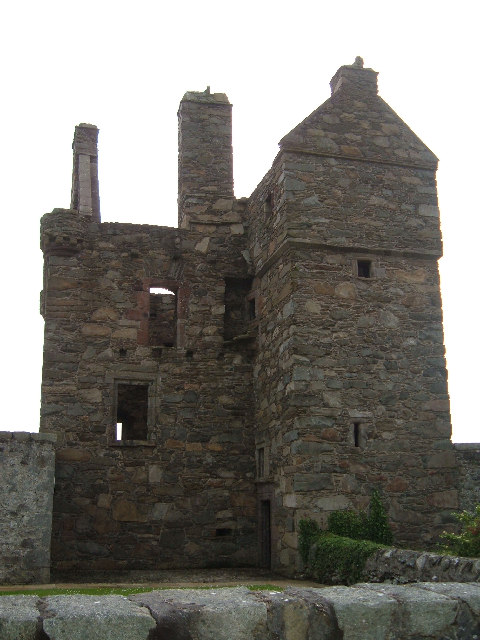 Location: Wigtown Bay, Dumfries and Galloway, Scotland.
Built: 16th century.
Condition: Ruined.
Ownership / Access: Historic Scotland.
Opening Times: Check their website for more info.
Price of Admission: Check their website for more info.
Notes: Carsluith Castle is a ruined tower house, dating largely to the 16th century. It is located beside Wigtown Bay on the Galloway coast of south-west Scotland, around 4.8 kilometres (3.0 mi) south east of Creetown.Carsluith Castle is situated between the sea shore and the A75 road. There may once have been a moat or pond between the castle and the road. The castle comprises a main tower 9.8m by 7.6m, and a later stair tower, built on to the north east. The main tower is around 10m high to the eaves. Above this are crow-step gables, with corbelled wall walks along the gable ends. Three of the corners have round turrets. The stair tower is topped by a gabled caphouse. A sink at first floor level once drained via a carved gargoyle on the west side. The ground floor entrance is via the stair tower. The Brown arms are carved above the door, with initials and the date 156-, the last digit being illegible, although it was said in the 19th century to have been legible as 4.The vaulted basement is divided into two cellars, with gunloops in the walls. Above is the hall with windows and a fireplace. Another floor would have had bedrooms, with an attic at the wall walk level, although these floors have gone. On the north side, holes exist in the outside wall which would have supported an external timber gallery linking the second floor rooms and stair tower.