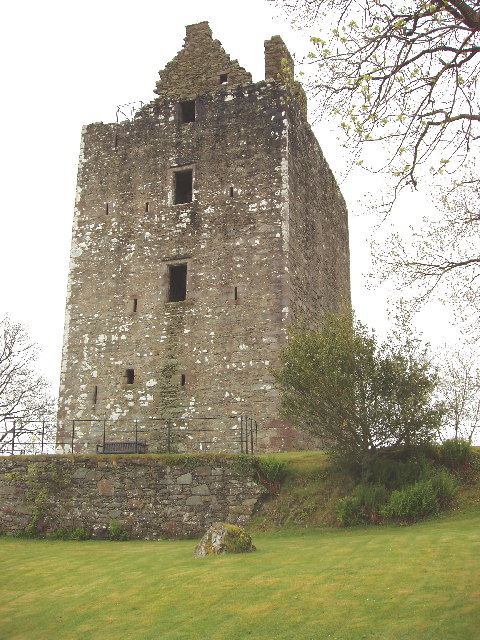 Location: Dumfries and Galloway, Scotland.
Built: 15th century.
Condition: Ruined.
Ownership / Access: Historic Scotland.
Opening Times: Check their website for more info.
Price of Admission: Check their website for more info.
Notes: Cardoness Castle is a well-preserved 15th Century tower house, in Anwoth Civil Parish area, just south west of Gatehouse of Fleet, Kirkcudbrightshire, Galloway south west Scotland owned by the MacCulloch family of Galloway also known as the MacCullochs of Myreton, Wigtownshire. By 1628 Cardoness belonged to John Gordon Clan Gordon, head of a family with whom the McCullochs had long feuded. In 1690 Sir Godfrey McCulloch shot dead John Gordon's son, William Gordon. Sir Godfrey escaped to France, but was spotted in Edinburgh in 1697 and beheaded on the Maiden, the Scottish equivalent of the guillotine. Cardoness Castle passed through the hands of a number of owners before being placed in State care in 1927. Today it is cared for by Historic Scotland. Fleet Bay can be seen from its battlements. It is now in the care of Historic Scotland.

How To Get To Cardoness Castle (Map):