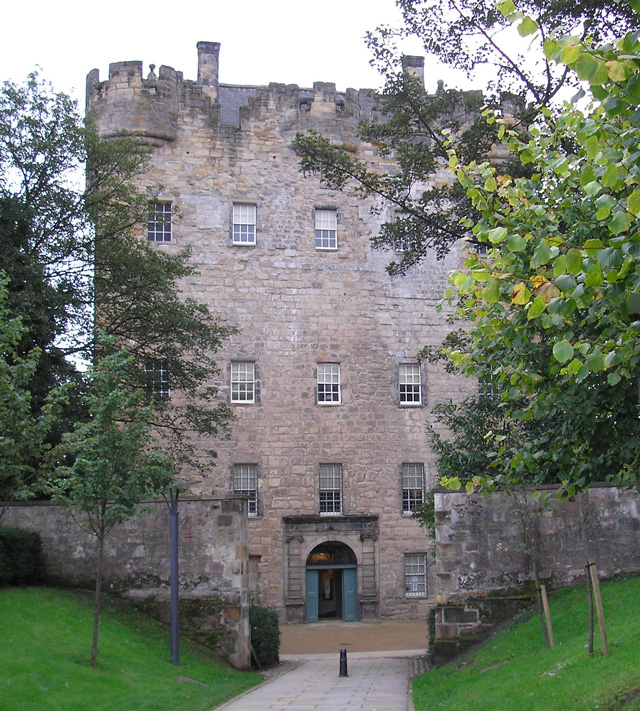 Location: Alloa, Scotland.
Built: 14th century.
Condition: Preserved.
Ownership / Access: National Trust for Scotland..
Opening Times: Check their website for more info.
Price of Admission: Check their website for more info.
Notes: Alloa Tower in Alloa in central Scotland is the surviving part of the medieval residence of the Erskine family, later Earls of Mar. An architect who was involved in Alloa Tower was John Melvin. Dating from the 14th century, and retaining its original timber roof and battlements, the Tower is one of the earliest, and largest, of Scottish tower houses, with immensely thick walls. The building has been extensively re-fenestrated during its history, but retains some internal medieval features. Incorporated into a much larger classical house of various phases from the 17th century on, the Tower now stands alone once more, later accretions having been demolished. It is now administered by National Trust for Scotland.

How To Get To Alloa Tower (Map):