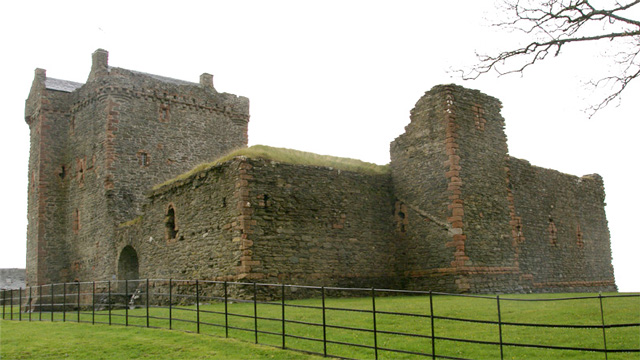 Location: Kintyre Peninsula, Scotland.
Built: 13th century.
Condition: Ruined.
Ownership / Access: Historic Scotland.
Notes: Skipness Castle stands on the east side of the Kintyre Peninsula in Scotland near the village of Skipness. The main structure of the castle was built in the early 13th century by the Clan MacSween with later fortifications and other additions made to the castle through the 13th, 14th and 16th centuries.The castle was garrisoned with royal troops in 1494 during King James IV of Scotland's suppression of the Isles. Archibald Campbell, 2nd Earl of Argyll granted Skipness to his younger son Archibald Campbell in 1511. During the Wars of the Three Kingdoms in 1646, the castle was besieged by forces under the command of Alasdair Mac Colla. During the siege, Alasdair's brother, Gilleasbuig Mac Colla, was killed in August 1646. The castle was abandoned in the 17th century. The Green Lady of Skipness Castle is said to haunt the location.

How To Get To Skipness Castle (Map):