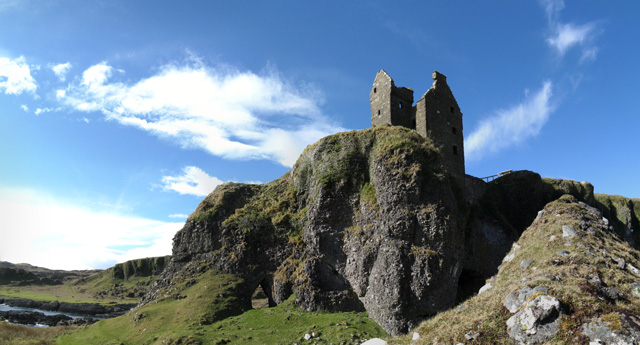 Location: Kerrera, Argyll and Bute, Scotland.
Built: 1582.
Condition: Ruined.
Ownership / Access: --
Notes: Gylen Castle, on the southern part of the island of Kerrera in Argyll and Bute, juts dramatically into the sky on the tip of a promontory overlooking the Firth of Lorne. Built in 1582 by the Clan MacDougall. Gylen was only occupied for a relatively short period of time. The castle was besieged then burned by the Covenanters under General Leslie in 1647 during the Wars of the Three Kingdoms.

How To Get To Gylen Castle (Map):