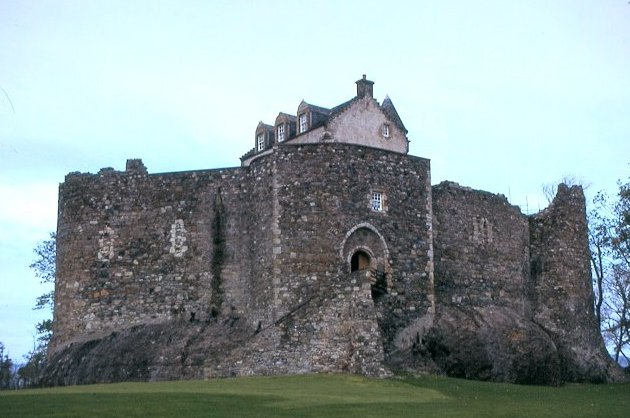 Location: Dunbeg, Argyll and Bute, Scotland.
Built: c. 1220.
Condition: Ruined.
Ownership / Access: Historic Scotland.
Opening Times: Check their website for more info.
Price of Admission: Check their website for more info.
Notes: Dunstaffnage Castle is a partially ruined castle in Argyll and Bute, western Scotland. It lies 3 miles (4.8 km) N.N.E. of Oban, situated on a platform of conglomerate rock on a promontory at the south-west of the entrance to Loch Etive, and is surrounded on three sides by the sea. The castle dates back to the 13th century, making it one of Scotland's oldest stone castles, in a local group which includes Castle Sween and Castle Tioram. Guarding a strategic location, it was built by the MacDougall lords of Lorn, and has been held since the 15th century by the Clan Campbell. To this day there is a hereditary Captain of Dunstaffnage, although they no longer reside at the castle. Dunstaffnage is maintained by Historic Scotland, and is open to the public, although the 16th century gatehouse is retained as the private property of the Captain. The prefix dun in the name means "fort" in Gaelic, while the rest of the name derives from Norse stafr-nis, "headland of the staff".

How To Get To Dunstaffnage Castle (Map):