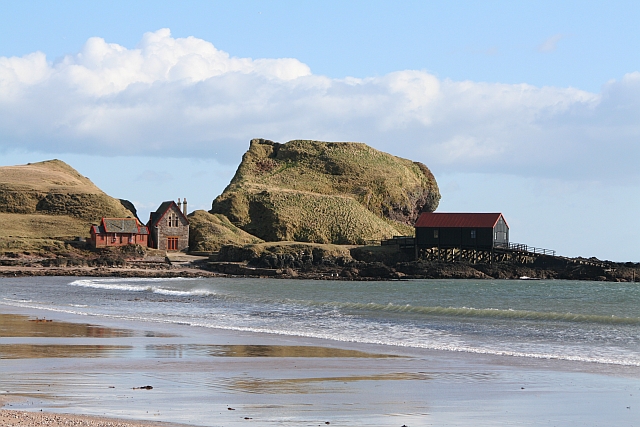 Location: Kintyre, Scotland.
Built: 13th century.
Condition: Ruined.
Ownership / Access: Private.
Opening Times: Check their website for more info.
Price of Admission: Check their website for more info.
Notes: Dunaverty Castle is located at Southend at the southern end of the Kintyre peninsula in western Scotland. The site was once a fort belonging to the Clan Donald (MacDonald). Little remains of the castle, although the site is protected as a scheduled monument. The remains of Dunaverty Castle stand on a rocky head land on the south east corner of Kintyre, Scotland. The headland it was built on forms a natural stronghold with the sea on three sides and is only approachable from the north. It is attached to the mainland only by a narrow path. It is known that the castle itself was accessed by a drawbridge.