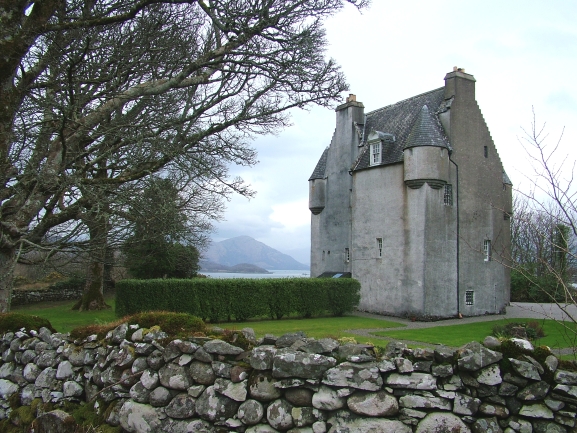 Location: Oban, Argyll, Scotland.
Built: 17th century.
Condition: Intact. In use as a hotel.
Ownership / Access: Private.
Opening Times: Check their website for more info.
Price of Admission: Check their website for more info.
Notes: Barcaldine Castle is a 17th-century tower house castle located at Barcaldine 9 miles north of Oban, Scotland. The castle was built by Sir Duncan Campbell, of Glenorchy, between 1601 and 1609. The castle fell into disrepair in the later 19th century, when Barcaldine House became the principal residence of the family. It was restored between 1897-1911 and now operates as the Barcaldine Castle bed & breakfast hotel. The ghost of Sir Duncan Campbell is said to have been spotted roaming Barcaldine searching for the man who murdered him.Barcaldine Castle is now popular a luxury B&B hotel and wedding venue.

How To Get To Barcaldine Castle (Map):