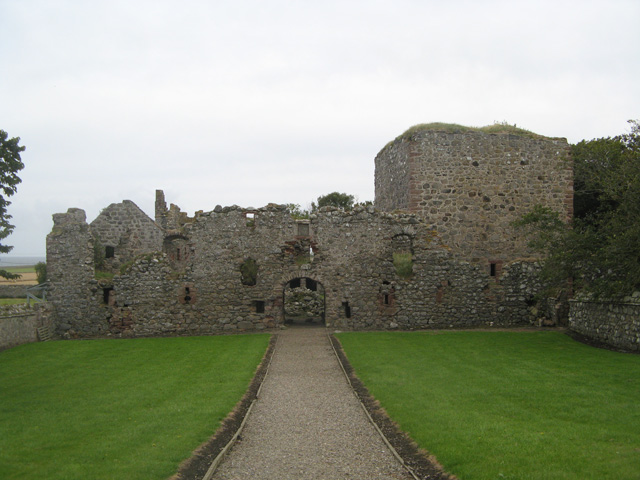 Location: Rosehearty, Aberdeenshire, Scotland.
Built: 1424.
Condition: Ruined.
Ownership / Access: --
Notes: Pitsligo Castle is a ruined castle half a mile east of Rosehearty, Aberdeenshire, Scotland. It was described by W. Douglas Simpson as one of the nine castles of the Knuckle, referring to the rocky headland of north-east Aberdeenshire. It originated as a 15th-century keep. There is an arched gateway in the west wall of the outer court, with the date 1656 and the arms of the Forbes and Erskines. In the inner court the date is shown as 1663. At the north-east angle of the courtyard there is a tall flanking drum-tower. The main tower had three vaulted stories, but almost all above the lowest has disappeared. There is a stair tower at the north-east corner which is better preserved. There are panels dated 1577 over the courtyard doorway. It is listed by Historic Scotland as a Category A listed building.