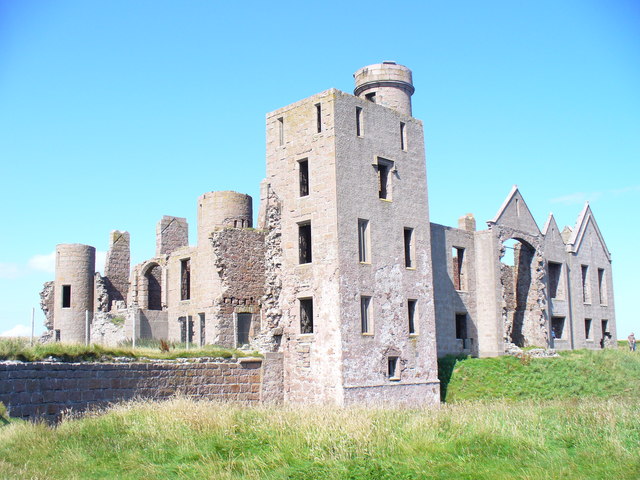 Location: Aberdeenshire, Scotland.
Built: 1597, rebuilt 1837.
Condition: Ruined.
Ownership / Access: Private.
Opening Times: Check their website for more info.
Price of Admission: Check their website for more info.
Notes: Slains Castle, also known as New Slains Castle to distinguish it from nearby Old Slains Castle, is a ruined castle in Aberdeenshire, Scotland. It overlooks the North Sea from its cliff-top site 1 kilometre (0.62 mi) east of Cruden Bay. The core of the castle is a 16th-century tower house, built by the 9th Earl of Erroll. Significant reconstruction of the castle has been carried out a number of times, lastly in 1837 when it was rebuilt as a Scots Baronial mansion. At one time it had three extensive gardens, but is now a roofless ruin. Plans to restore the castle have been on hold since 2009.