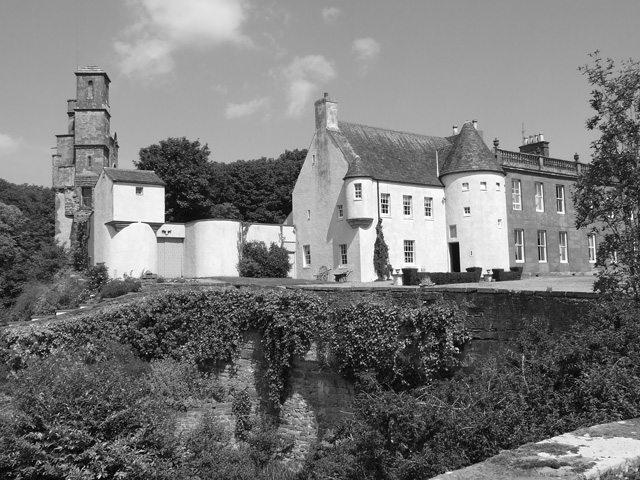 Location: St Cyrus, Aberdeenshire, Scotland.
Built: 13th century.
Condition: Intact. Still used as a residence.
Ownership / Access: Intact. Still used as a residence.
Notes: Lauriston Castle stands on a clifftop site near the Aberdeenshire village of St Cyrus and just over a mile inland from the North Sea coast of Scotland. Once a royal fortress, it can claim to be one of the oldest privately owned and inhabited castles in the region.Lauriston's Great Hall and Doocot Tower were rebuilt in the late 1980s by William and Dorothy Newlands of Lauriston to plans drawn up by architect Ian Begg. The doocot received a Glenfiddich Living Scotland Award in 1992.