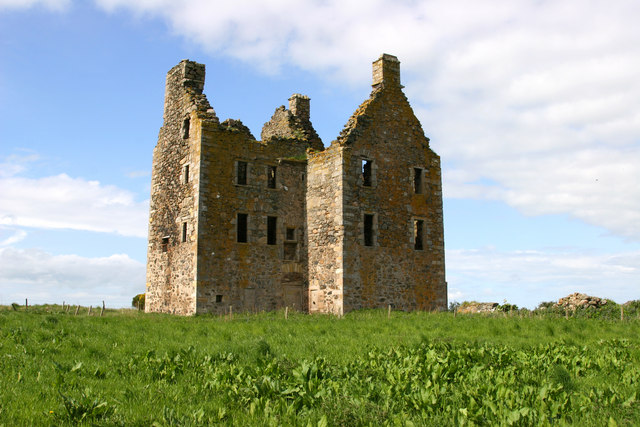 Location: Newburgh, Aberdeenshire, Scotland.
Built: 1565.
Condition: Ruined.
Ownership / Access: --
Notes: Knockhall Castle is an historic Scottish castle near to Newburgh, Aberdeenshire. It was built by Lord Sinclair of Newburgh in 1565. It was purchased by Clan Udny, who moved into the castle in 1634. The building was damaged in 1639 when taken by the Earl Marischal for the Covenanters, but was later returned to Udny hands. The Clan remained in the castle until 1734, when an accidental fire gutted the building and the Clan moved back to their other property, Udny Castle. Jamie Fleeman, the Laird of Udny's fool, is credited with saving the life of the family in the fire. The castle remains a ruin to this day and are designated a Category B listed building.