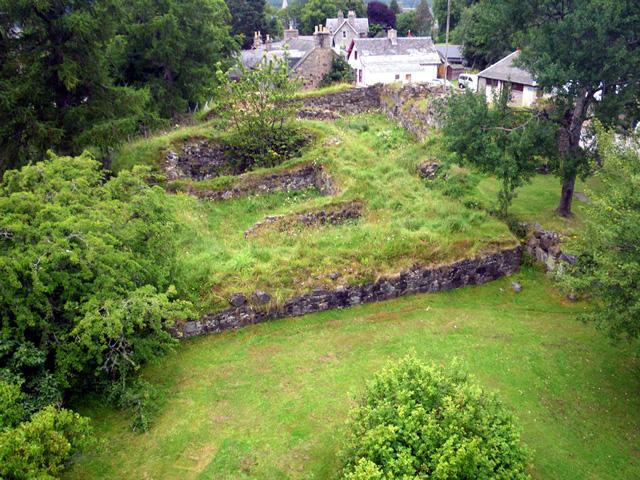 Location: Aberdeenshire, Scotland.
Built: 14th century.
Condition: Ruined.
Ownership / Access: --
Notes: Kindrochit Castle is an early fortification in Aberdeenshire, Scotland. Originally founded by Malcolm Canmore in 1059 AD as a hunting lodge on the banks of the Clunie, various authors have puzzled as to the reasons for siting the castle in this wild and remote location. C. Michael Hogan has noted Kindrochit Castle, as well as Kildrummy and Durris Castles, were likely sited based upon strategic positions relative to the ancient Elsick Mounth trackway, which provided a strategic crossing of the Mounth of the Grampian Mountains. John, Earl of Mar showed the ruined castle at Kindrochit to John Taylor when the poet made his Pennyles Pilgrimage to Scotland in 1618. Taylor, who rode with the Earl from Braemar Castle, was told Canmore had built the castle. He thought it remarkable because he did not see another house in the next 12 days of their ride.