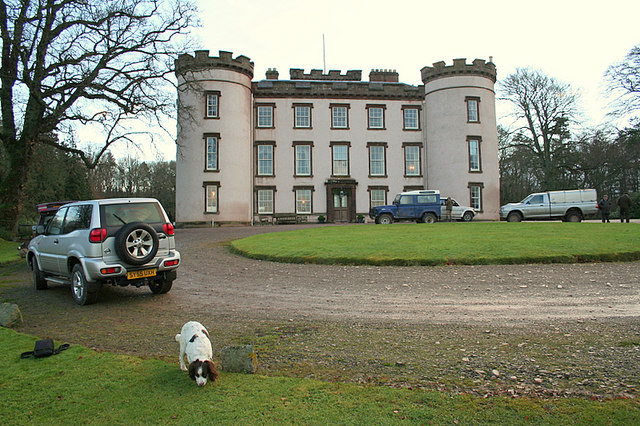 Location: Turriff, Aberdeenshire, Scotland.
Built: 1814 but incorporates earlier structure.
Condition: Intact. Occupied as a residence.
Ownership / Access: Private.
Notes: Hatton Castle is situated almost 3 miles (4.8 km) south-east of Turriff, Aberdeenshire in the north east of Scotland. Formerly known as Balquholly Castle, sometimes spelt as Balquollie, it was re-named in 1814. It was designated a category A listed building by Historic Scotland on 28 November 1972. The gardens are included on the Inventory of Gardens and Designed Landscapes in Scotland and assessed under the historical and architectural sections as outstanding. In the early fourteenth-century, Robert the Bruce granted the lands, then known as Loscraigie, to Patrick de Monte Alto. Mowat is the anglicisation of de Monte Alto. The Balquholly name was adopted some time before the 16th-century. Records indicate there was a castle (spelt Balquholy) on the lands in the early 1500s but it is likely it may have an earlier date. The present castellated mansion was built starting in 1812 and completed by 1814; it was at this time the name was changed to Hatton Castle.It features a round tower at each corner and incorporates sections of the ancient building.