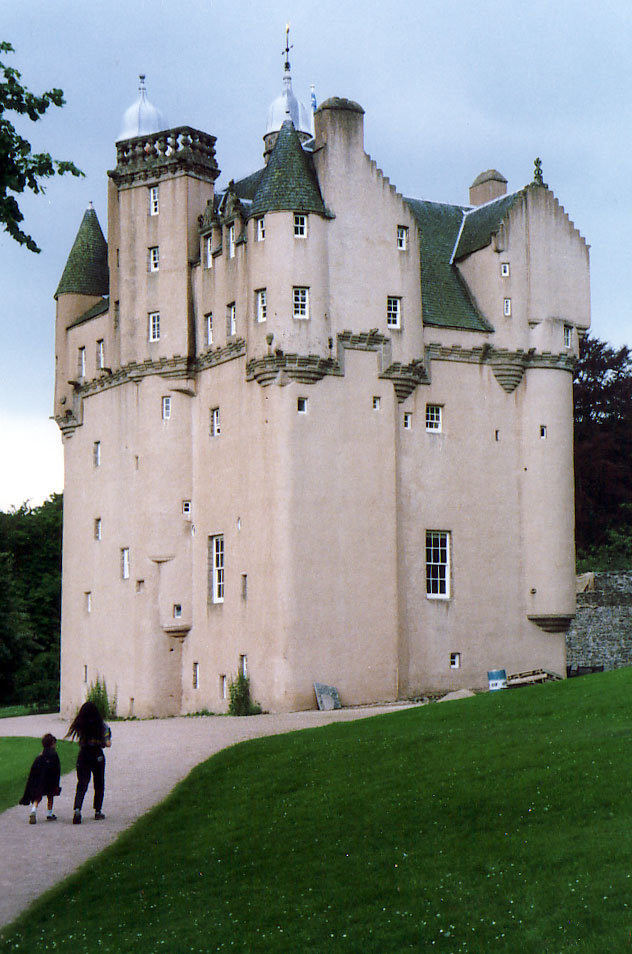 Location: Alford, Aberdeenshire, Scotland.
Built: 1626.
Condition: Preserved.
Ownership / Access: National Trust for Scotland. Open to public.
Opening Times: Check their website for more info.
Price of Admission: Check their website for more info.
Notes: Craigievar Castle is a pinkish harled castle six miles (10 km) south of Alford, Aberdeenshire, Scotland. It was the seat of Clan Sempill and the Forbes family resided here for 350 years until 1963, when the property was given to the National Trust for Scotland. The setting is among scenic rolling foothills of the Grampian Mountains. The contrast of its massive lower storey structure to the finely sculpted multiple turrets, gargoyles and high corbelling work create a classic fairytale appearance. The castle, its estate, and over 200 acres (0.81 km2) of adjoining farmlands and woodlands have now entered their 50th year as a property of the National Trust for Scotland. They are open to the public from Easter until the end of September. The castle is strictly guided tours only with each tour lasting approximately 45 minutes to an hour. Due to limited group numbers, large groups and coach tours must book in advance. During the July and August, the castle is open from 11:00 until 5:30 with the last tour leaving at 4:45. During all other open months the castle is open Friday until Tuesday. Between November 2007 and October 2009, the castle was closed due to its exterior being given an entirely new harl, returning to it what is believed to be a close copy of the harling placed of the castle during the refurbishment of 1820. It was reopened to the public in April 2010.

How To Get To Craigievar Castle (Map):