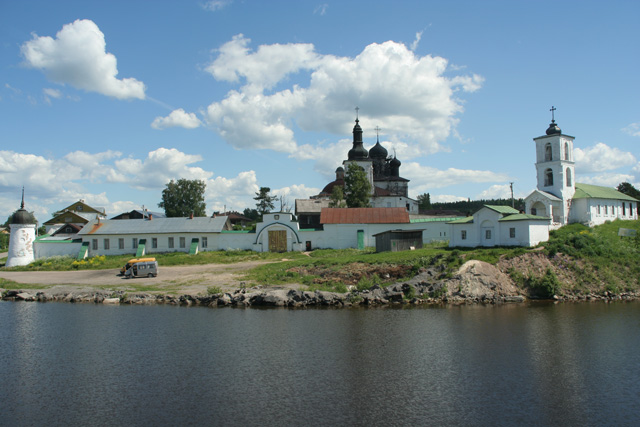 Location: Goritsy, Kirillovsky District, Vologda oblast, Russia.
Built: 1514-1832.
Condition: Intact.
Ownership / Access: Became part of Kirillo-Belozersky museum-zapovednik of History, Art, and Architecture
Notes: The Goritsy Monastery of Resurrection is a Russian Orthodox convent (female monastery) in the village of Goritsy, Kirillovsky District, Vologda oblast, Russia. The convent is 15 kilometres (9.3 mi) north of the town of Kirillov, Kirillovsky District, which was the site of one of the historically most important (as well as wealthiest) male monasteries in Russia, and to which Tsar Ivan the Terrible, discussed below, had planned to retire.[1] Since the 1970s, the Kirillo-Belozerksy museum-zapovednik of History, Art, and Architecture has operated parts of the Goritsky complex. Parts of Goritsky convent were reopened for religious purposes two decades later, and as of 2011 Goritsky was one of the four acting monasteries in Vologda Oblast, and the only one for religious women.

How To Get To Goritsy Monastery (Map):