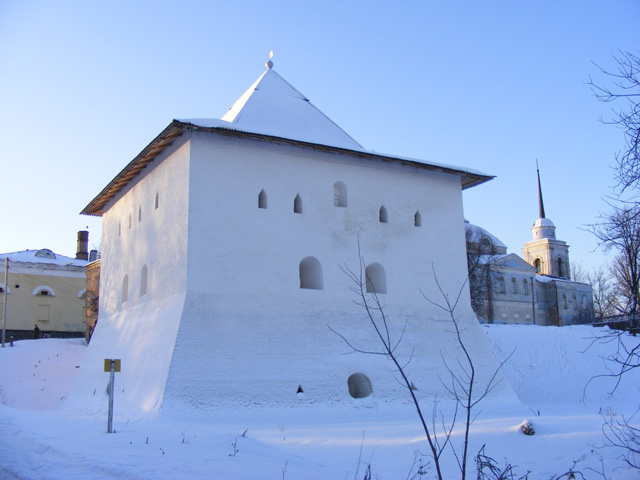 Spasskaya tower is the only tower left of the medieval Vyazma Kremlin. - Alaexis - Wikipedia - lic. under CC BY-SA 3.0

Location: Smolensk Oblast, Russia.
Built: 17th century.
Condition: Intact.
Ownership / Access: --
Notes: In 1494, Vyazma was captured by the Grand Duchy of Moscow and turned into a fortress, of which but a single tower remains. Two important abbeys were embellished with stone churches, including a rare three-tented church dedicated to Our Lady of Smolensk (Hodegetria) and consecrated in 1638 except Polish occupation between 1611-1634.