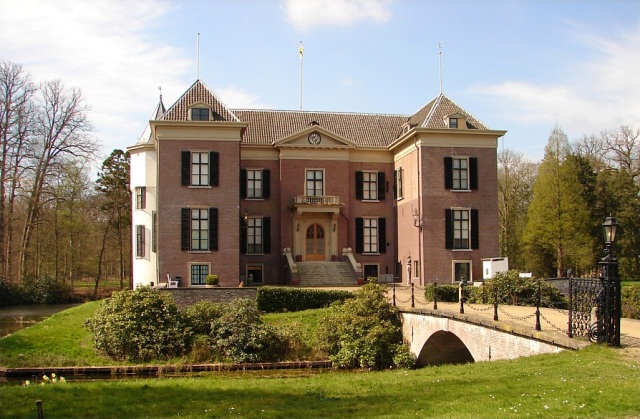 Location: Doorn, Utrecht, Netherlands.
Built: 9th century.
Condition: In good condition.
Ownership / Access: Dutch government, Now a national museum and a national heritage site.
Notes: Huis Doorn (Dutch pronunciation: English: Doorn Manor) is a manor house and national museum in the town of Doorn in the Netherlands. The museum shows the early 20th-century interior from the time when former German Emperor Wilhelm II lived in the house. Huis Doorn was first built in the 9th century. It was rebuilt in the 14th century, after it was destroyed. It was again rebuilt in the 19th century to its present-day form. The gardens were also created in the 19th century. After World War I, Wilhelm II bought the house, where he lived in exile from 1920 until his death in 1941. He is buried in a mausoleum in the gardens. After the German occupation in World War II, the house was seized by the Dutch government as hostile property. Huis Doorn is now a national museum and a national heritage site. The interior of the house has not been changed since Wilhelm II died. Every year in June, German monarchists come to Doorn to pay their respects to the emperor. In 2012, the museum had 25,000 visitors.

How To Get To Huis Doorn (Map):