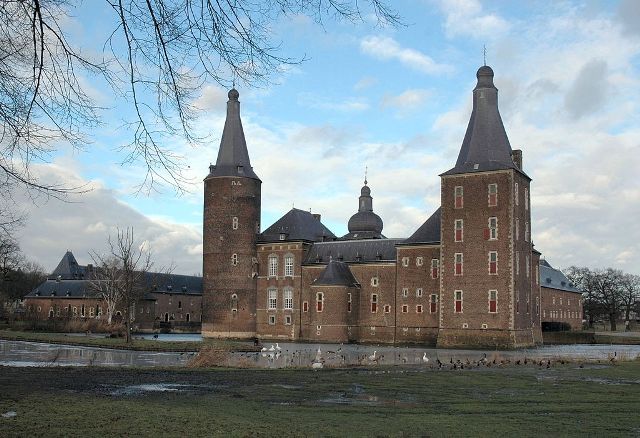 Location: Hoensbroek, Limburg, Netherlands.
Built: 1360.
Condition: In good condition.
Ownership / Access: --
Notes: Hoensbroek Castle (Dutch: Kasteel Hoensbroek) or Gebrook Castle (Dutch: Gebrookhoes) is one of the largest castles in the Netherlands. It is situated in Hoensbroek, a town in the province of Limburg. This imposing watercastle is known as 'the most lordly stronghold between Rhine and Meuse'. The oldest part of the castle, notably the tall round tower, dates from around 1360, when it was built by Herman Hoen, though a predecessor to the castle had already existed in the swamp (or Gebrook) the castle was located in. This so-called motte-and-bailey dated from around 1225. In 1250 a fortified manor was built on the location of the present castle. Because of its important strategical location in the Duchy of Brabant, located along important trading routes to Maastricht, Aachen and Cologne, the castle was expanded in several phases, becoming the largest stronghold between the Meuse and the Rhine rivers. It contains at least 67 halls, rooms and living quarters.

How To Get To Hoensbroek Castle (Map):