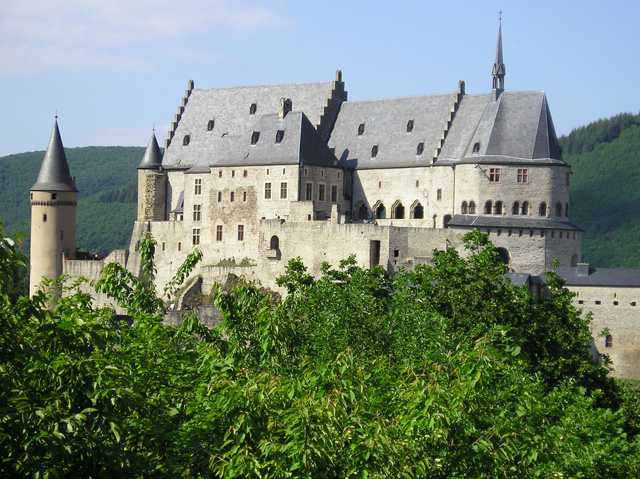 Location: Vianden, Luxembourg.
Built: Mainly 11th to 14th century.
Condition: Fully restored.
Ownership / Access: --
Notes: Vianden Castle, located in Vianden in the north of Luxembourg, is one of the largest fortified castles west of the Rhine. With origins dating from the 10th century, the castle was built in the Romanesque style from the 11th to 14th centuries. Gothic transformations and trimmings were added at the end of this period. A Renaissance mansion was added in the 17th century but thereafter the castle was allowed to fall into ruins. It has, however, recently been fully restored and is open to visitors.The castle is open to visitors throughout the year from 10 am to 4 pm every day. In March and October, the closing time is extended to 5 pm and in the summer months to 6 pm. Guided tours are also available.

How To Get To Vianden Castle (Map):