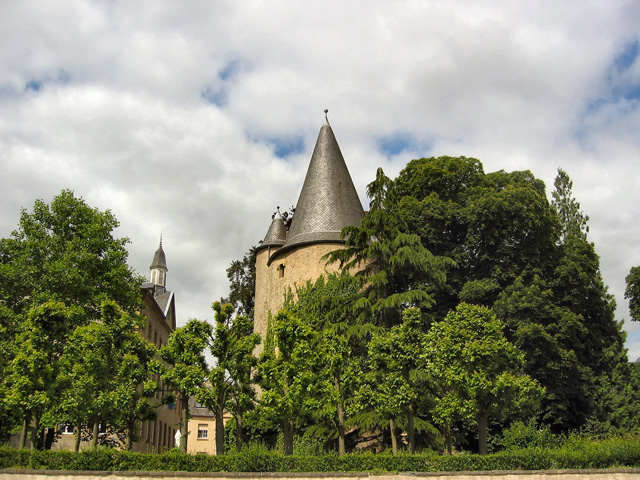 Location: Schengen, Luxembourg.
Built: 19th century.
Condition: Intact.
Ownership / Access: Hotel and convention centre.
Notes: Schengen Castle is located in the village of Schengen in the south-east of Luxembourg close to the borders with France and Germany. Dating from 1390 but almost completely rebuilt in the 19th century, it is now a hotel and conference centre. The 14th century fortified castle was torn down by the industrialist Jean-Nicolas Collart in 1812 who built a residential manor house in its place. All that remained of the medieval building was its round central tower. The castle's most famous visitor was certainly Victor Hugo who visited the Collarts in 1871 and made a sketch of the old tower. From 1939, the castle was occupied by the congregation of Saint Elizabeth but in April 2010, it opened as a hotel and conference centre. Together with the surrounding buildings, it has meeting facilities for up to 100 participants.

How To Get To Schengen Castle (Map):