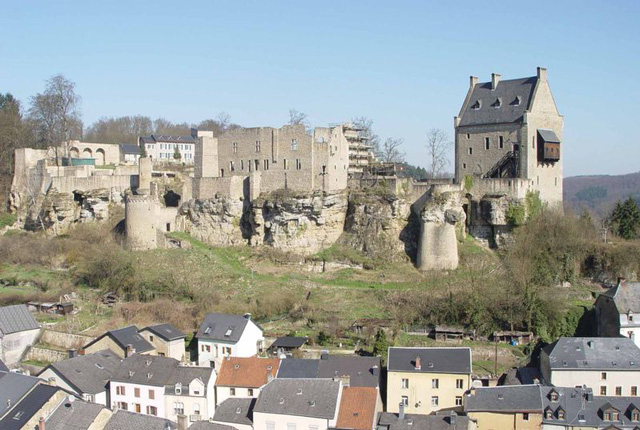 Location: Larochette, Luxembourg.
Built: 11th century.
Condition: Intact.
Ownership / Access: --
Notes: Larochette Castle stands high above the town of Larochette in central Luxembourg. Dating from the 11th century, the castle was destroyed by fire at the end of the 16th century. Since its acquisition by the State of Luxembourg in 1979, some restoration work has been undertaken.The earliest references to the castle are from the end of the 11th century and during the 12th century when the lords of Larochette (http://nl.wikipedia.org/wiki/Van_der_Feltz) were flag bearers for the counts of Luxembourg. The family proliferated leading to the construction of the five stately houses which are separate from the main structure. They include the Homburg Manor (1350) and the Crehange Manor (1385) both of which have now been restored. The Verlorenkost (literally Lost Food) watchtower also stands alone on the south side. The legend goes that the cook was carrying pots full of food when she stumbled, breaking everything. The Crehange manor now contains period artwork. There is a well inside which also has its legend, telling how the lady of the castle jumped into the well with her child while the castle was under attack. After rescuing the brave woman, the invaders accused the steward of the castle of treason and threw him into the well. It is said that he reappears every Good Friday in the form of a dragon. The castle is open to the public from Easter until the end of October, every day from 10 am to 6 pm.

How To Get To Larochette Castle (Map):