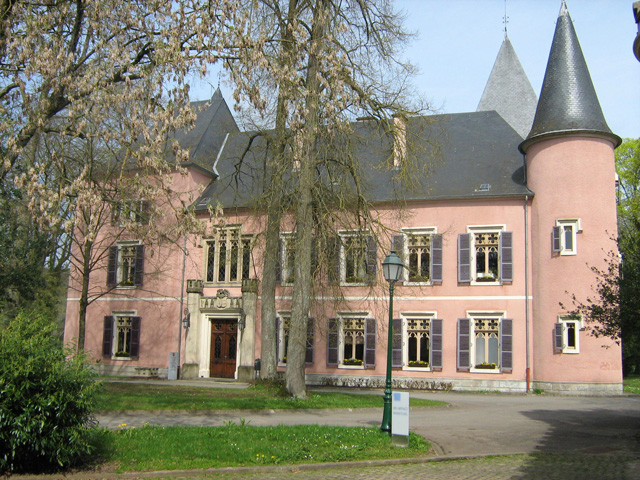 Location: Erpeldange, Luxembourg.
Built: 1630.
Condition: Intact.
Ownership / Access: Commune offices.
Notes: Erpeldange Castle (French: Ch�teau d'Erpeldange), located in the town of the same name in north-eastern Luxembourg, now houses the administrative offices for the Commune of Erpeldange, with its grounds open to the public. It has a history dating back to the 13th century. During the 12th century, there appears to have been a tower and wooden fort at the site of the present castle. In the 13th century, Frederic and Gerard d'Erpeldange, the first lords of Erpeldange, built a fortified stone castle guarding the valley at the point where the River S�re meets the Alzette. The property passed successively into to the hands of the Counts of Vianden, and the Brandenburg-Outscheid and von Moestroff-Kerpen families. Through marriage, the Gondersdorf family inherited the castle and in 1630 transformed it into a luxurious residence for their daughter. In 1677, it was inherited by Charles Fran�ois baron de Failly de Sancy and Marie Marguerite de Giraldin. By that time, it was no longer of any military value as a quiet park had replaced its defences. Abandoned by the Prel family in the 19th century, it was used as a rectory. During the Second World War, the castle was damaged as a result of its use first by the Germans and then by American troops. The castle changed hands a number of times until it was acquired by the State in 1983. The commune's administrative offices have been housed there since 1987. The building still contains two fine Renaissance fireplaces.