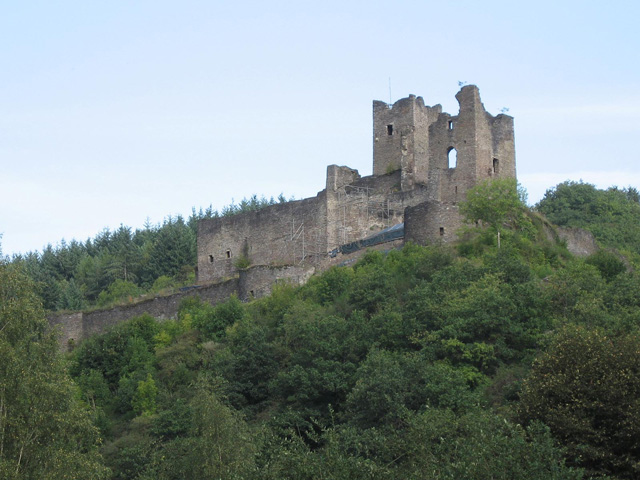 Location: Brandenbourg, Luxembourg.
Built: 13th century.
Condition: Ruin.
Ownership / Access: Luxembourg State. Partially accessible to the public..
Notes: Brandenbourg Castle, now a ruin, is located on a promontory some 70 metres above the village of Brandenbourg in north-eastern Luxembourg. It has a history going back to the 9th and 10th centuries when there was a wooden fort on the site. The 13th century keep, now 11.9 metres high, used to have four floors, only three of which remain. In 1668, the French attacked the castle which subsequently fell increasingly into ruin. It is now owned by the Luxembourg State.The ruin is partially accessible to the public.