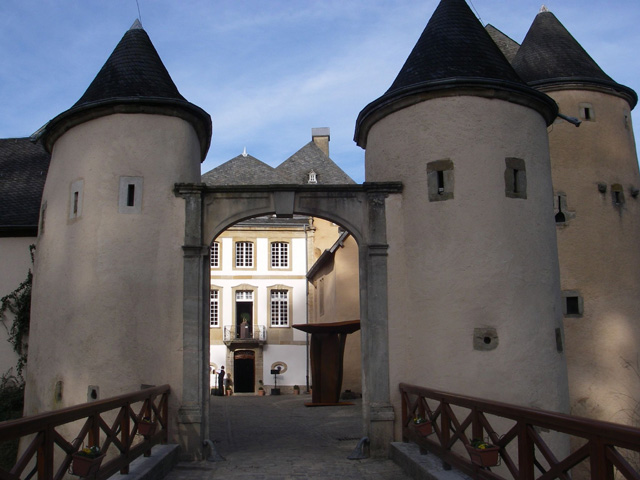 Location: Bourglinster, Luxembourg.
Built: 11th century,
Condition: Intact.
Ownership / Access: Hotel and conference centre.
Notes: The castle is first mentioned in 1098 as belonging to St Symeon of Trier. At the time it had a residential keep, a chapel and a wall. During the second half of the 14th century, the chapel was extended and a tower was added on the northern side. The lower castle with a moat and two defensive towers was built in the 15th century. Both castles were partly destroyed during the 16th century wars (1542-1544) but were soon repaired and a Renaissance wing was added (1548). Parts of the lower castle were again destroyed by the French in the 1680s. In the early 18th century, a Baroque facade was built at the far end of the courtyard. After the castle was acquired by the Luxembourg State in 1968, the buildings were fully restored and, in 1982, opened for exhibitions, concerts, meetings and receptions.

How To Get To Bourglinster Castle (Map):