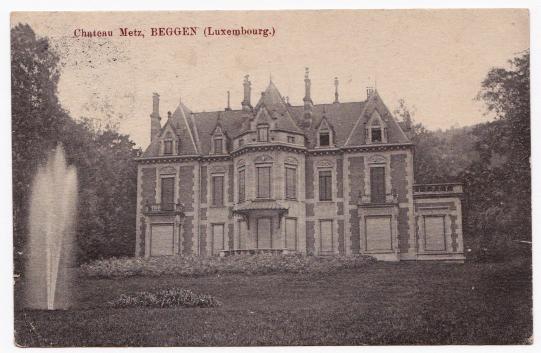 Location: Beggen, Luxembourg.
Built: 1895.
Condition: Intact.
Ownership / Access: Now Russian Embassy.
Opening Times: Check their website for more info.
Price of Admission: Check their website for more info.
Notes: The Embassy of Russia in Luxembourg is the diplomatic mission of the Russian Federation to the Grand Duchy of Luxembourg. The mission is located in the historic Château de Beggen. From 2005-2009 the château underwent extensive renovation and reconstruction, and the interiors were restored to their former glory. During the works, which cost some 4 million euros, embassy staff worked temporarily in other buildings on the site. The ambassador, who normally utilised the château as his official residence, was also required to find other accommodations, and embassy functions were hosted in the Grand Theatre. The damaged mosaics in the chateau were restored using expensive procedures; rotten wooden doors, walls and ceilings were reproduced; and the ch�teau was fitted with furniture manufactured in Italy and accessories purchased in the antiques markets. Emile Hengen of Tageblatt called the renovated château the 'most magnificent' embassy in Luxembourg.In September 2009, the chateau was a major attraction of European Heritage Days in Luxembourg, and some 300 members of the public visited the property.