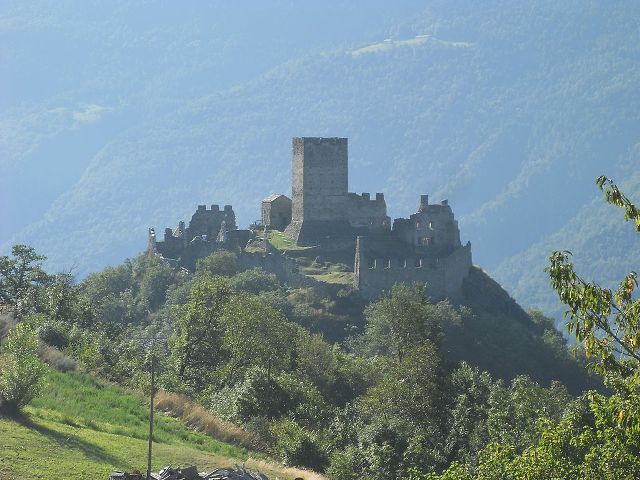 Location: Saint Denis, Italy.
Built: 1207.
Condition: Ruin.
Ownership / Access: --
Notes: Cly is a castle in the Italian town of Saint-Denis, overlooking the Dora Baltea river, in Aosta Valley, northwest Italy. It belongs to the so-called primitive style of castle, consisting of a keep with a surrounding wall. The ruins rise from a bed of metamorphic rock, on the edge of a fault line which extends to the Castle of Quart.Eventually the castle ruins became the property of the nearby town of Saint-Denis. The castle is visible atop the hill overlooking the town of Chambave. The castle is open to guided tours only in July and August. In addition to Cly, there are about 150 medieval castles, towers and fortified houses in the Aosta Valley.