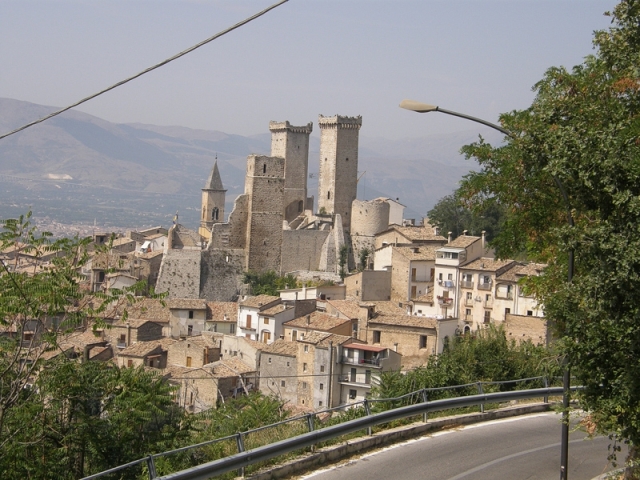 Location: Pacentro, Italy.
Built: 11th-14th century.
Condition: Ruins.
Ownership / Access: --
Notes: Castello Caldora (Italian for Cantelmo-Caldora Castle) is a Middle Ages castle in Pacentro, Province of L'Aquila (Abruzzo).The castle was built before the 14th-15th century, because at this time was made its first restructuring. The most common assumption is that it dates back to the 11th-13th century, that is the age of the truncated tower placed at the north-east of the castle. A main upgrades was completed in the second half of the 15th century, when the Orsini family built circular towers. Also the construction of the wall with a trapezoidal base is dated back to this period.

How To Get To Castello Caldora (Map):