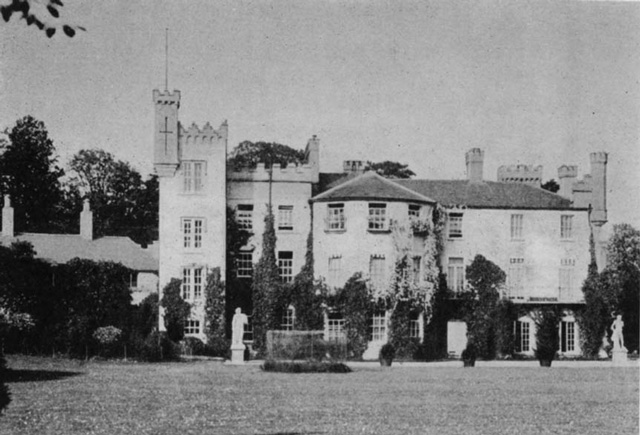 Location: County Louth, Ireland.
Built: 1660.
Condition: Intact.
Ownership / Access: Corscadden family.
Opening times: Check their website for more info.
Price of admission: Check their website for more info.
Notes: The castle of Castlebellingham has served as one of the ancestral homes for Bellinghams since the 17th century. It was purchased and built somewhere around 1660 by a Henry Bellingham who was a cornet in the Army during the Civil war. He purchased the lands of Gernonstowne, Louth, from a fellow soldier who had been granted them in lieu of arrears of pay. The purchase was confirmed by King Charles II. There is some variation on the spelling of Gernonstowne. On various maps and other documents it is spelled Gernonstowne, Gernonstown, Gernon's-Town, Gormanstown, Germanstown, Garlandstown, Garland, etc. Irish road signs show the English as Castlebellingham while the Irish translation still refers to baile an Ghearlanaigh - or Gernonstown. It was not called Castlebellingham for at least forty years after the purchase. The name does not appear on any document before the year 1700. About 1710 it began to appear in journals and other sources to be called Castlebellingham. The castle was occupied by troops and burned down in the autumn of 1689 by King James II in revenge for Colonel Thomas Bellingham being a guide for William III, prior to the Battle of the Boyne. It is said that King William's armies camped the night before the Battle of the Boyne in the grounds of the castle. Over time Castlebellingham became known as an important gathering point in the county. Fairs were held there every year. A church was constructed next door to the castle and graveyard with a family vault was built. The Bellinghams became one of the most powerful and influential family in the county. For over a hundred years a Bellingham held the seat in Parliament for county Louth. Records also note Castlebellingham for having "the best malt liquor" in Ireland. Apparently a brewery was built on site about 1770 and belonged to an O'Bryen Bellingham. For a number of years a brewery partnership ran their liquor business. The brewery is still there but now houses the "button factory" or Smallwares Ltd. The brewery was the main supplier of drink to the Boer War troops. A history of the parish, dated 1908, states that the impressive Calvary standing close to the Castle was erected by Sir Henry Bellingham as a monument to the memory of his first wife Lady Constance. A collection of inset religious panels is to be seen on the upper facades of many of the village buildings. These are also a reflection of Sir Henry's religious sentiments, and they are unique in Ireland. In addition to the many panels, there are biblical quotations cut into the stone window sills of some buildings. North of the castle is a carefully preserved group of "widows dwellings", built from charitable motives by Sir Henry. Castlebellingham was the ancestral home of the Bellingham baronets until the late 1950s. The last Bellingham to live there was Brigadier General Sir Edward Bellingham, born in 1879, who was the last Lord Lieutenant of Louth in 1921, and Guardian of the Rolls (Custos Rotulorum). He was then elected to the Irish free State Senate in 1925-36. It was purchased by Dermot Meehan in 1958 from the Irish Land Commission for £3,065.00. Meehan spent several years converting the house into the Bellingham Castle Hotel, which remains today. Meehan sold the hotel and 17 acres in 1967 for £30,636.61. The hotel, including the 17 acres, was offered for sale at €1,500,000 in 2011. In December 2012, it was announced that the Corscadden family, who own and run Cabra Castle Hotel in Kingscourt, Co Cavan and Ballyseede Castle Hotel in Tralee, Co Kerry, purchased Bellingham Castle. They are currently renovating the property and will transform the 19-bedroom castle into an exclusive hotel and wedding venue, to open for business in January 2014. The town is home to the Gaelic football team the O'Connell's. In 2012, the team had resounding success winning their first Intermediate Championship. After victories over Laois and Meath opposition, they narrowly lost to Monasterevin of Kildare in the Leinster final.

How To Get To Castlebellingham (Map):